Victims of unsolved murders get revenge

A Novel by David Armstrong

An insane asylum psychiatrist finds that her patients have many stories to tell. The voices have the evidence to find their killers. Someone is finally listening.

In 1968, Dr. Harvey left the closed-minded boys club of Harvard and takes a role at Willard Asylum for the Chronic Insane. When she arrives, she finds the place clean, full of patients, but empty of anyone that cares. It was emotionally sterile. Most patients are drugged and isolated.  She stops the drugs, asks questions, and listens to their stories. She records the stories from the many personalities she uncovers, all of them had been murdered and are still missing.

Joyce Davenport is a senior crime scene investigator focused on making the unjust pay, having seen thousands of scenes she can not unsee. She is determined and tenacious and never lets a cold case sit for too long. Her most recent case follows a trail of cold cases over a century old to one that occurred just last month. There is evidence consistent amongst the murders, she doesn’t yet know how that is possible. The location of decades-old evidence is being shared with her, only something the killer would know. She is surprised at what she learns. She reaches out to Dr. Jules Harvey, a prominent, outspoken psychiatrist, educated at Harvard, now more than eighty years old.

Joyce discovers what she can’t believe to be true, the victims have the evidence to find the real killers.

Joyce has worked on every high profile case in a low profile role. She has been a part of more than 7,000+ crime scenes. She has worked at the NSA, FBI and now, wants true justice. She goes solo, others see her as rogue and dangerous. Justice is often found by seeing what others don't, hearing what others can't, even if it takes her years.

Maggie is an intelligent, caring woman who is misunderstood. She is helpful, even though she is abused by those that are trying to help her. Dr Harvey is the first to listen to her, and she tells her things that no one would ever expect.

Dr Harvey is a Psychologist that doesn't follow the rules set down by her male dominant field. She thinks she asks, she listens. Dr Bradley specializes in multiple personality disorder, she meets interesting people and learns what others could never know.

Larry is detailed, others have seen him as strange. He is alone, but not lonely. He cares about others even though no one cares about him. He can't help it, he likes himself and doesn't want to change. A few have tried. He has only alienated his family and frustrated the so called doctors. He feels alive and is on his own path to getting true justice.

Blake is an FBI agent. He gets results. Working with the FBI on catching serial killers for the last thirty years, he has been a part of the creation of the Behavioral Analysis Unit. He leads the Unit 5 group in the research of sociobiology, the ecological and evolutionary behavior of humans.

Alison is a forensic specialist. She uses new methods and finds what others can't. She is a specialist in chemistry, biology and the analysis of DNA. She is buried in the FBI's lab in Dallas, then she meets Joyce Davenport and learns what can't possibly be true.

Get it now, start reading it today. Joyce needs your help.

Crime Traveler is listed on Amazon Kindle Unlimited. If you are a member, you can read the book for free. 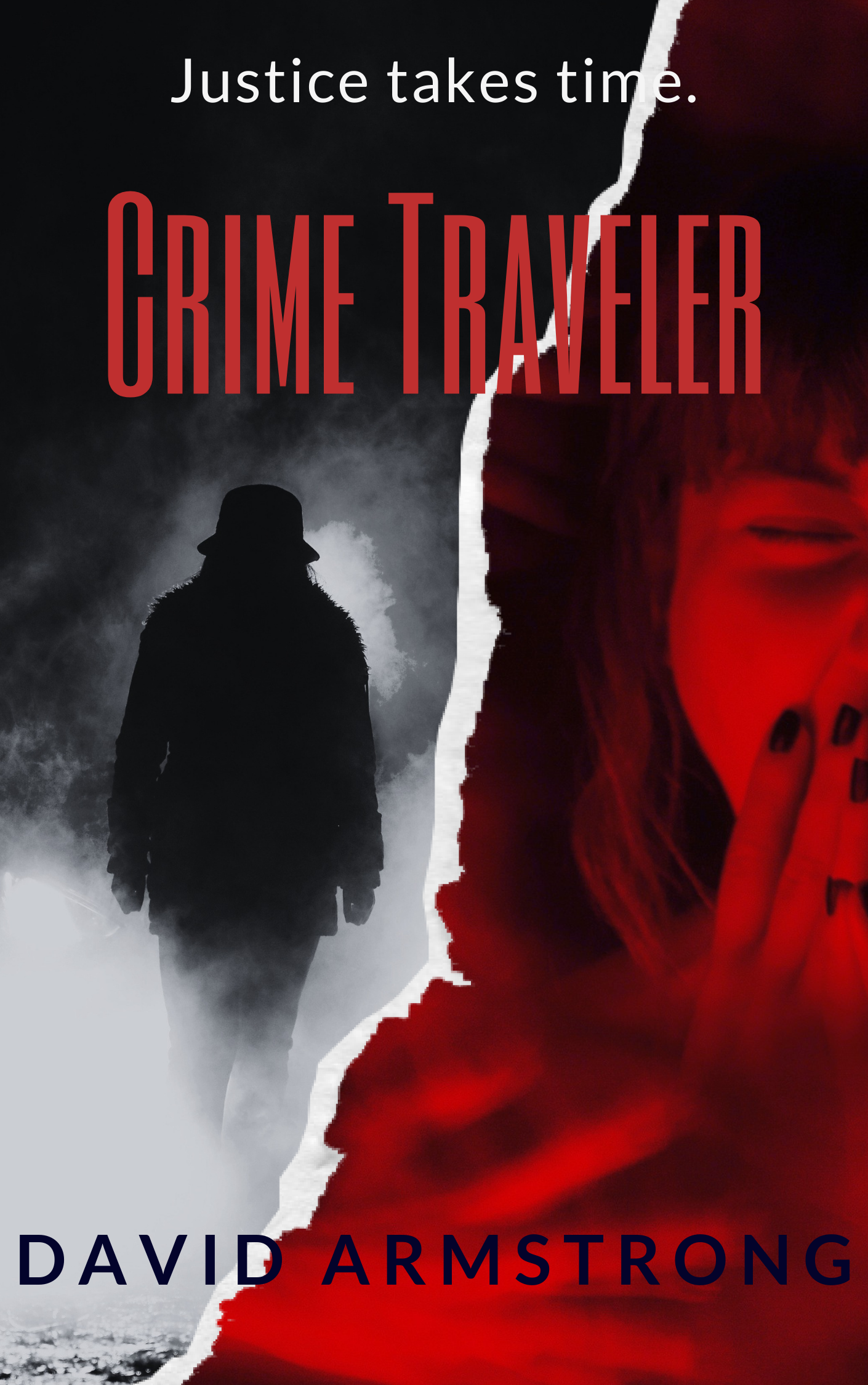 Joyce learns quickly not to trust the FBI

Crime Traveler is printed by Amazon. It will be sent to you by Amazon, quickly, usually 3-4 days. 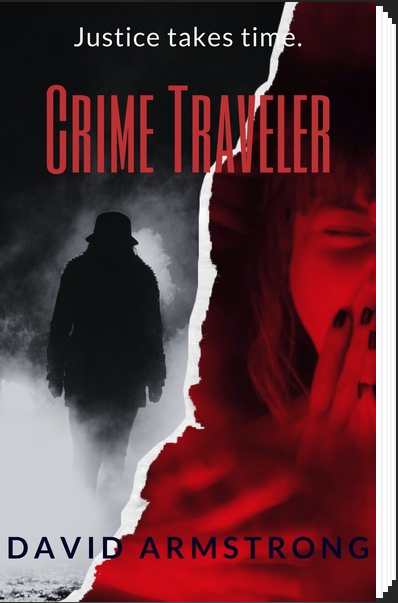 Crime Traveler was professionally recorded and is almost 10 hours of suspenseful entertainment. It is distributed by Audible.com and Apple iTunes.  You can get it free with an Audible subscription. See the special button below. 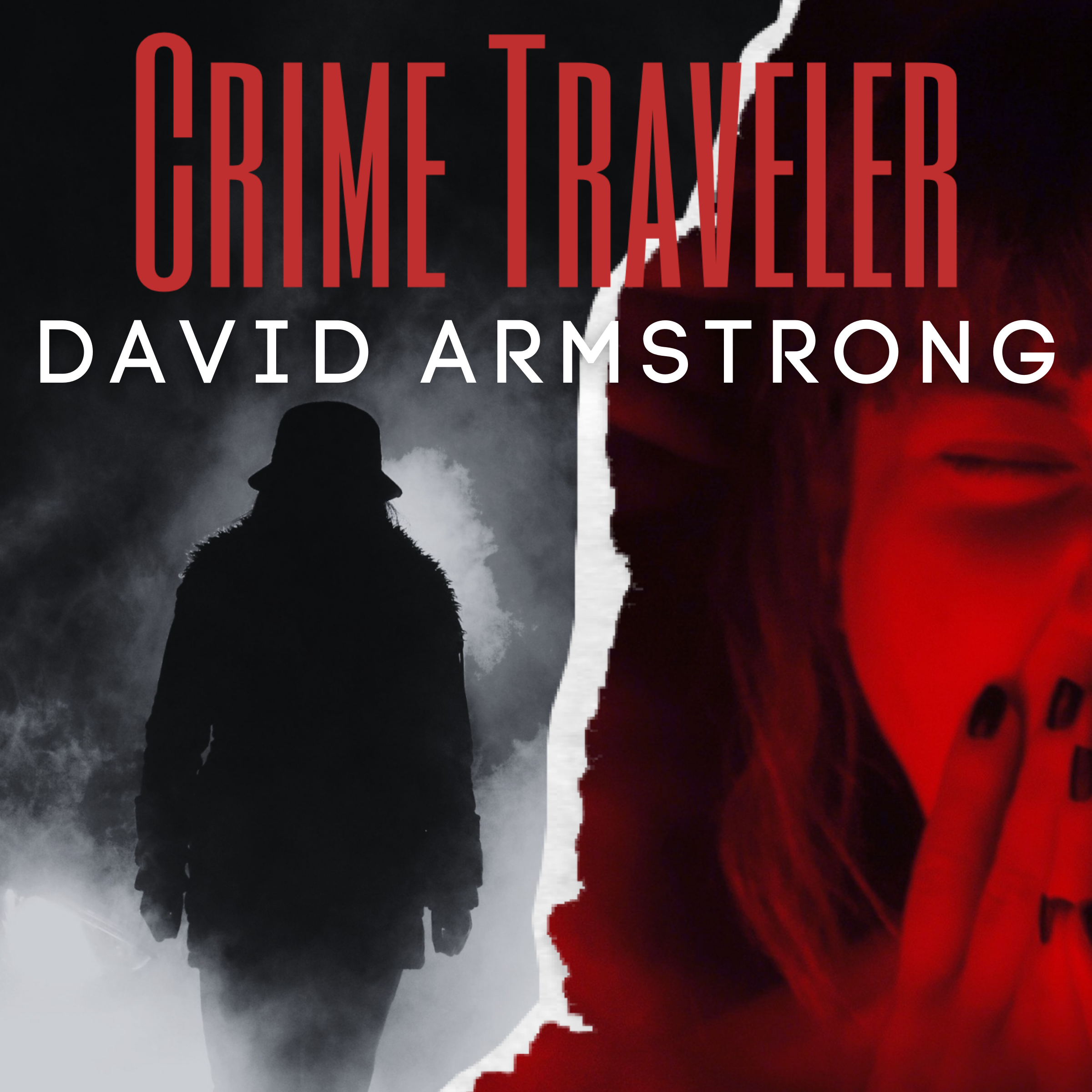 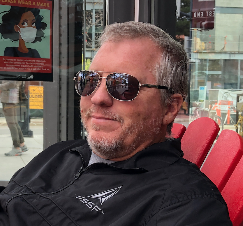 David Armstrong is a dad of three kids and a husband to a wonderful wife. He has lived multiple lives in one. Growing up in a small town near Philadelphia, serving in the US Air Force, serving as a combat veteran, then a corporate drone and tech entrepreneur. He is a first-generation American. He has never given up on what should be. He defines himself as a former rebel, now a renegade.

David has a strong sense of justice. He doesn’t really know where it came from, but it has been with him ever since he was a young boy. His earliest memories are of debating with someone about what should be. He would always then, and even now, get the advice or response of, well, that is how it is. He despises this response. He has never given up but has failed more than he has succeeded in his pursuit of justice. He does know, good or bad, he has always been willing to try. 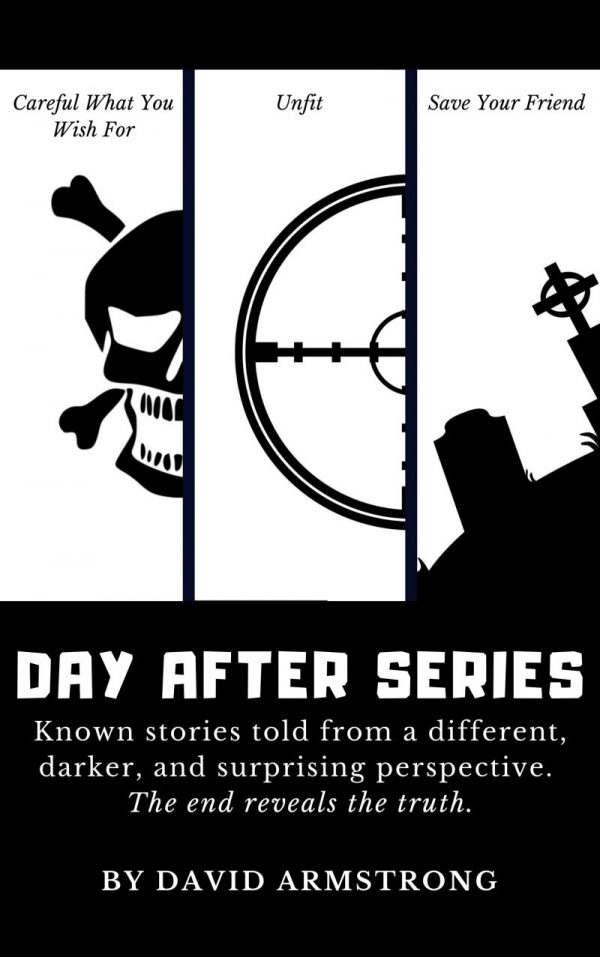 Get a Free Book Way 🙂

Subscribe today and get for free my collection of short stories called the Day After Trilogy. They are short, dark, and the end reveals the truth. They’ll surprise you.

Other Options to Stay Connected

The world in which we live forces us to choose. We first have to choose right from wrong, then we must choose to act or not. There is a fine line between justice and revenge. You choose, you decide. Be careful. 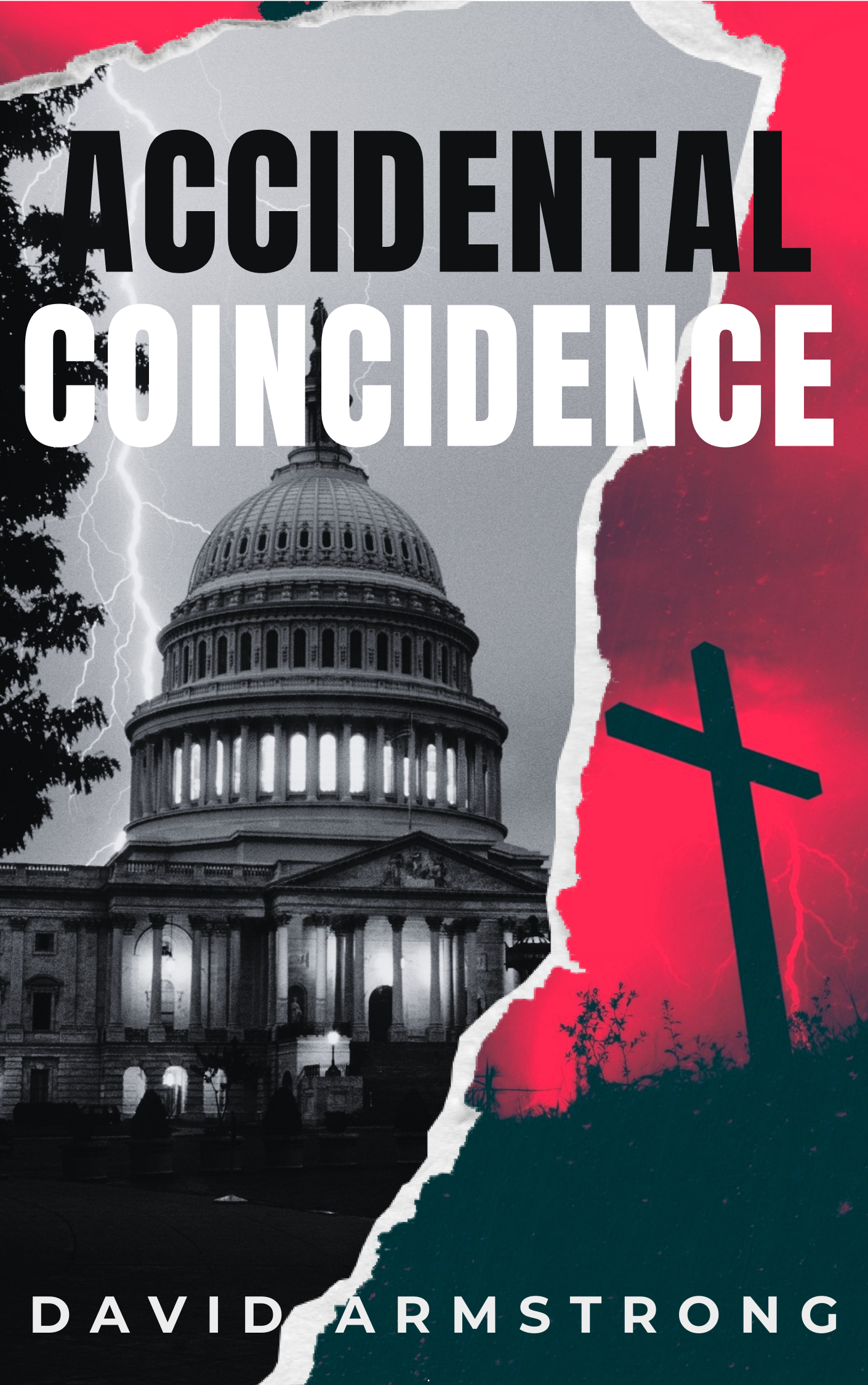 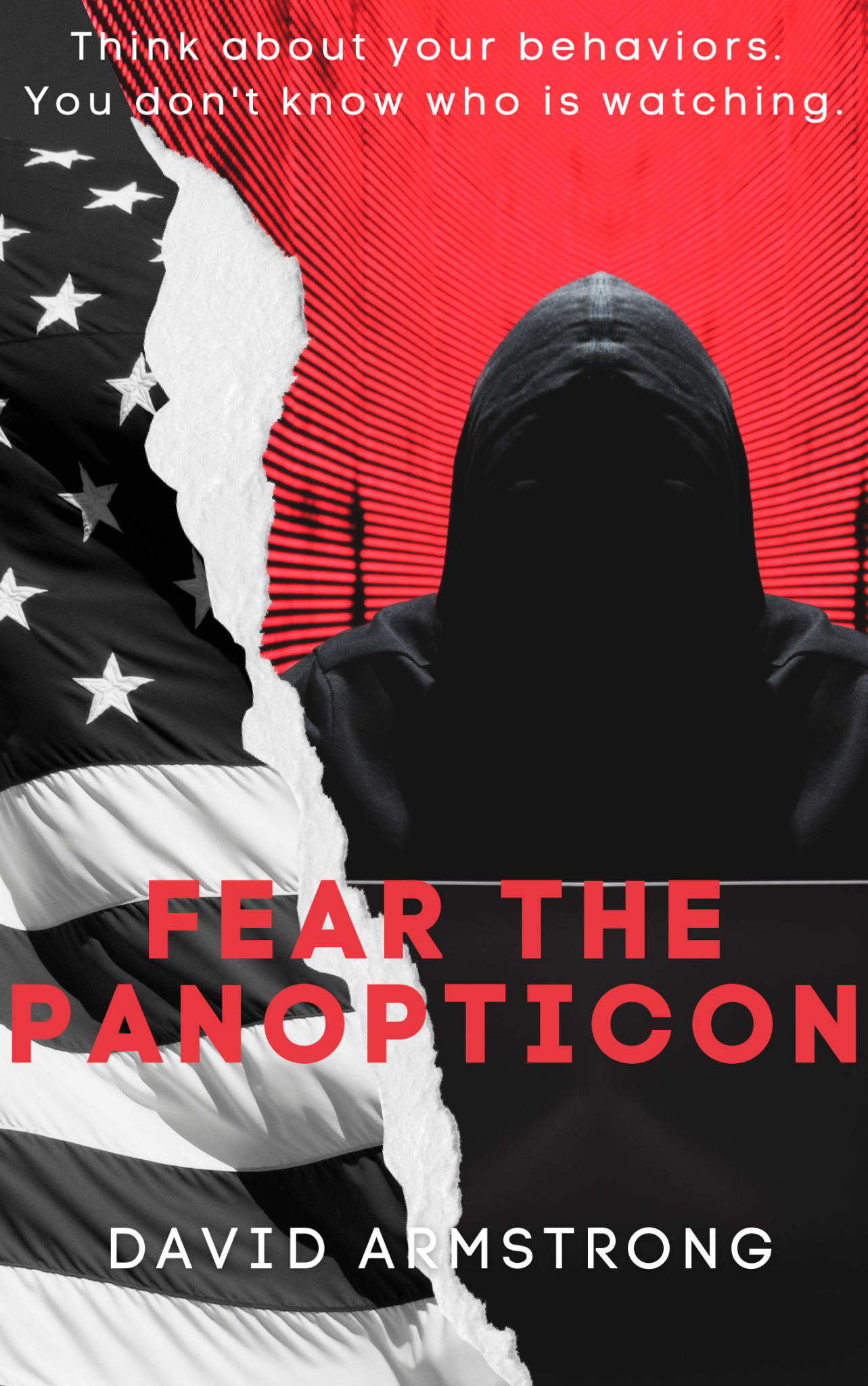 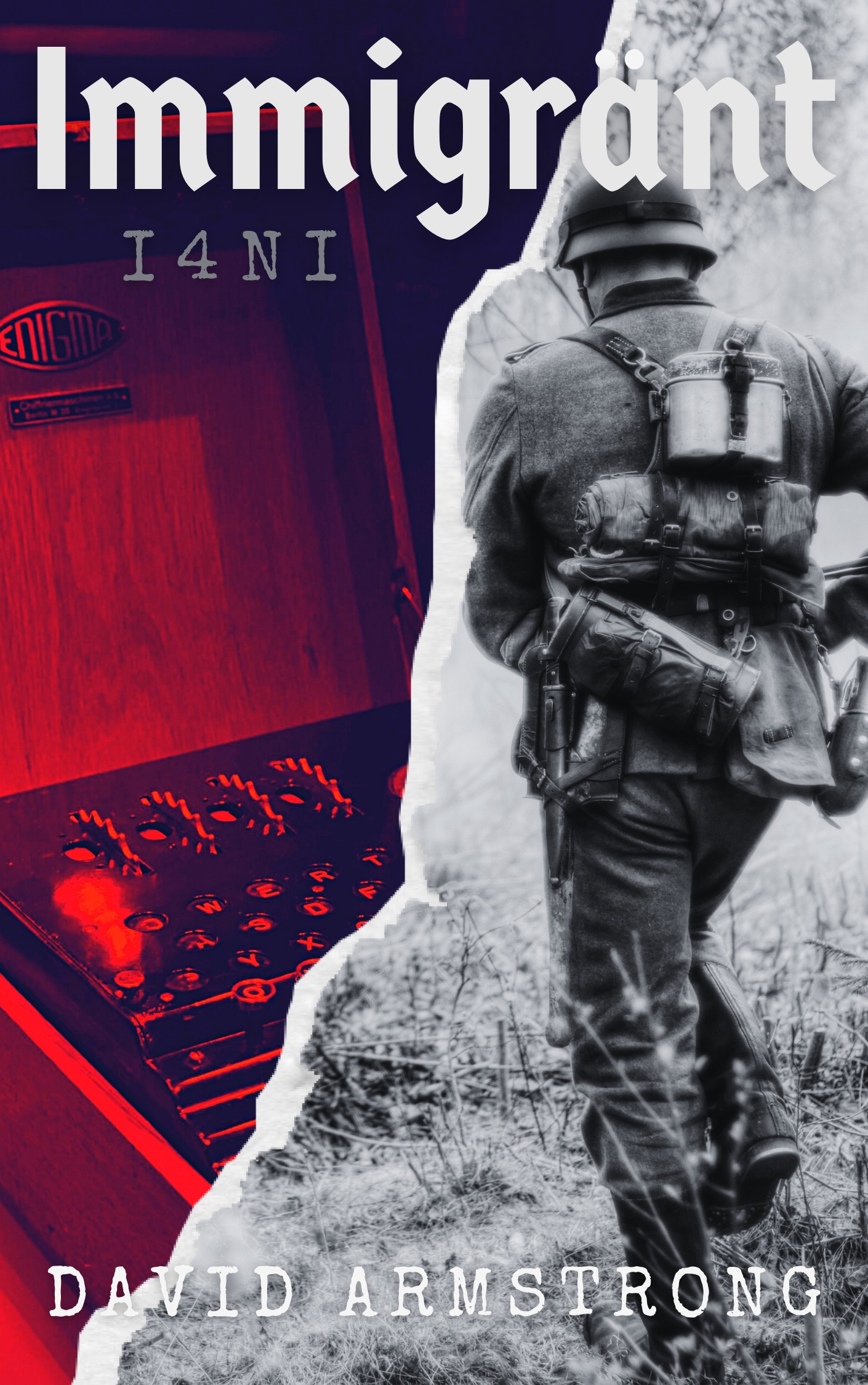 The site was designed, created, and published by LongStoryShorter